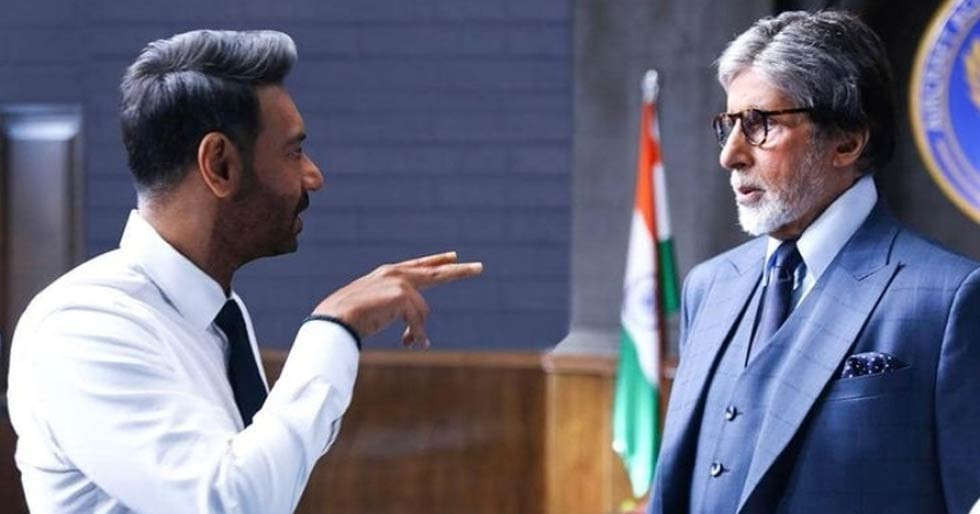 Today is Amitabh Bachchan’s 79th birthday and to celebrate the megastars special day, not just fans but even celebrities from film fraternity took to their social media to wish the actor. One of the special wishes remains to be from his next film’s director and actor Ajay Devgn.

Ajay Devgn took to social media and shared a still from Mayday – his next directorial that teams him up with Amitabh Bachchan. The still shows Amitabh Bachchan and Ajay Devgn in an intense conversation and we see the latter in director mode and explaining a scene to Big B. The actor captioned the picture and said, “Sir, looking at you through a different lens taught me what being a true artiste is. Happy Birthday dear Amitji @amitabhbachchan” now that’s really cool. Mayday also stars Rakul Preet Singh and the film is said to be based on true events.

Amitabh Bachchan and Ajay Devgn have worked before in Khakee and Hum Kisise Kum Nahin Big B has a long list of films in the pipeline even at 79. Hat’s off to the thespian for being the busiest star despite his age.