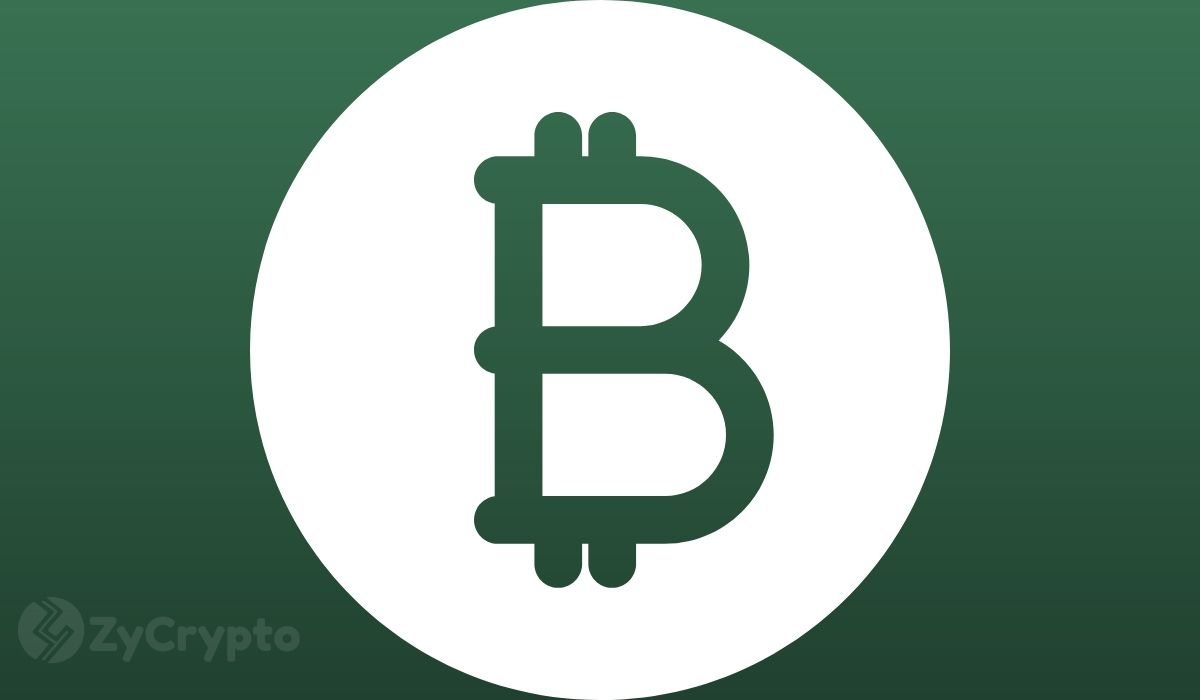 The top investment bank, Goldman Sachs anticipates Bitcoin to close the gap between it and gold. The bank thinks that if the digital asset achieves this, prices will reach six figures for the first time.

Goldman Sachs head of FX and EM Strategy, Zach Pandle released a hypothesis that Bitcoin would reach $100,000 when it takes a chunk out of gold’s market share. The executive stated in his public note that the float-adjusted market capitalization of Bitcoin is below $700 billion and this is just a mere 20% of the “store of value market” between it and gold.

He reached this conclusion by arguing that the value of available gold open for investment is around the $2.6 trillion mark. The executive claims that if Bitcoin’s share of this market “hypothetically” rises to at least 50%, the premier cryptocurrency could record prices over $100,000 within 5 years. If his hypothesis goes according to the prediction, it would mean that Bitcoin will be recording a compound return of 18% each year.

Gold has not given investors impressive returns over the last 12 months, prompting several investors to look to other asset classes. According to a return scorecard for the year 2021, Goldman Sachs noted that gold only recorded a gain of 4% and came in last place in the list. On the other hand, the investment bank noted that Bitcoin topped the list with a 60% gain over the year. Perhaps, these figures played a huge role in Zach Pandle’s hypothesis of Bitcoin gobbling up some of gold’s market share.

Bitcoin’s market capitalization currently stands at $789 billion by virtue of its underwhelming performance since the start of the year. The asset is trading at $41,979 with trading volumes over the last day down by 24%.

Gold has had a reputation in the past as a safe haven asset that is impervious to inflation. However, the metrics of 2021 indicate that its attractiveness to investors is in decline as it is stuck in no man’s land between the booming stock market and cryptocurrencies,” said David Jones, market strategist at Capital.com.

Another factor for its poor showing is that the precious metal is becoming old-fashioned for investors. According to Mark Leale, an executive at Quilter Cheviot, “the market expects central bankers to increase interest rates to combat inflation. If they’re right, gold could struggle because it does not offer any yield.”

However, gold has vocal supporters like Peter Schiff that have unwavering support in the asset as a suitable hedge against inflation. He argues that cryptocurrencies cannot match gold’s track record over the last 5 centuries and that digital assets have not been tested in the long term.