Alex Pina’s all-new Netflix Original series Sky Rojo has just been released in full on Netflix and will return for a second season. Here’s what we can expect for Season 2, and when it could be released.

Nicknamed Netflix most ambitious project in Spain So far, the series follows three “chicas” who try to escape their old life in a prostitute club for their freedom while being followed by their bosses.

Season 1 landed on Netflix after production delays on March 19, 2021.

Will Sky Rojo return for season 2 on Netflix?

When Netflix commissioned the show, it did so with a two season initial order back in November 2019.

It’s not very uncommon for Netflix to order projects several seasons in advance. It happened with Pawl for example and in this case it’s probably because the show was billed as a two-season show to allow it to wrap up its story (more on that in a second).

How did Sky Rojo play on Netflix?

It’s a bit too early to tell how Sky Rojo is performing around the world, but after a few days the show hasn’t made much of an impression in the top 10 outside of the major Spanish-speaking territories.

The series peaked at number 1 on Netflix in Spain. Money Heist is doing exceptionally well (still in the top 10 as of March 21, 2021) in India, but we have yet to see if Sky Rojo has made an impression there yet.

A day after its release, the show was the world’s sixth most popular title on Netflix. 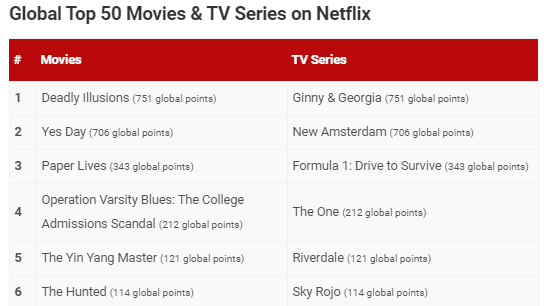 However, the show has yet to make it into the top 10 for English speaking countries.

All official Netflix stats will likely be released in mid-April 2021.

In an interview, Martínez Lobato set the bar lower for performance on Red sky saying:

“It’s almost the opposite in that the content in ‘Sky Rojo’ is much more adult-only, so this series isn’t aimed at young audiences and therefore won’t have such broad appeal. Very early on, we removed any specific expectations for this series that could have been imposed on the basis of our previous work, which gave us some freedom.

What to expect from Sky Rojo season 2

OK, let’s adjust the chessboard to see where the pieces landed at the end of Season 1.

At the end of Season 1, Coral tries to save Romeo’s life after appearing to go into cardiac arrest after nearly sticking a sword through his head. Of course, the main reason she is there is to escape with the passports and money from the safe that prevents their freedom.

After performing CPR, Romeo wakes up and begins to strangle Coral. Cut to credits.

Miguel Ángel Silvestre, who plays Moses, is in a bit of a difficult situation. After the plan successfully lures him into the pit dug by the digger, he is now stuck in his car (last scene with his shirt over his face that might help him breathe) and buried in the construction lot. His return will more than likely depend on whether his brother, Christian, can come and dig him up.

In his last ditch effort to escape the car he saw Wendy shoot who now has a gunshot wound and this will likely lead to the Season 2 plot early on in trying to get her medical attention (the vet will probably have another unexpected home visit.!)

All of this to say that the back-and-forth between men and women will absolutely continue in season 2.

If you want to see Alex Pina’s other projects on Netflix, you can do that with two of them right now. Money heist is the biggest as we mentioned that will return for season 5 later in the year. White lines was added to Netflix last May and while it’s ending pretty well, it’s not set to return for a second season. You can also catch the non-Netflix original Vis a Vis on Netflix too.

Look forward to season 2 of Red sky on Netflix? Let us know in the comments below.